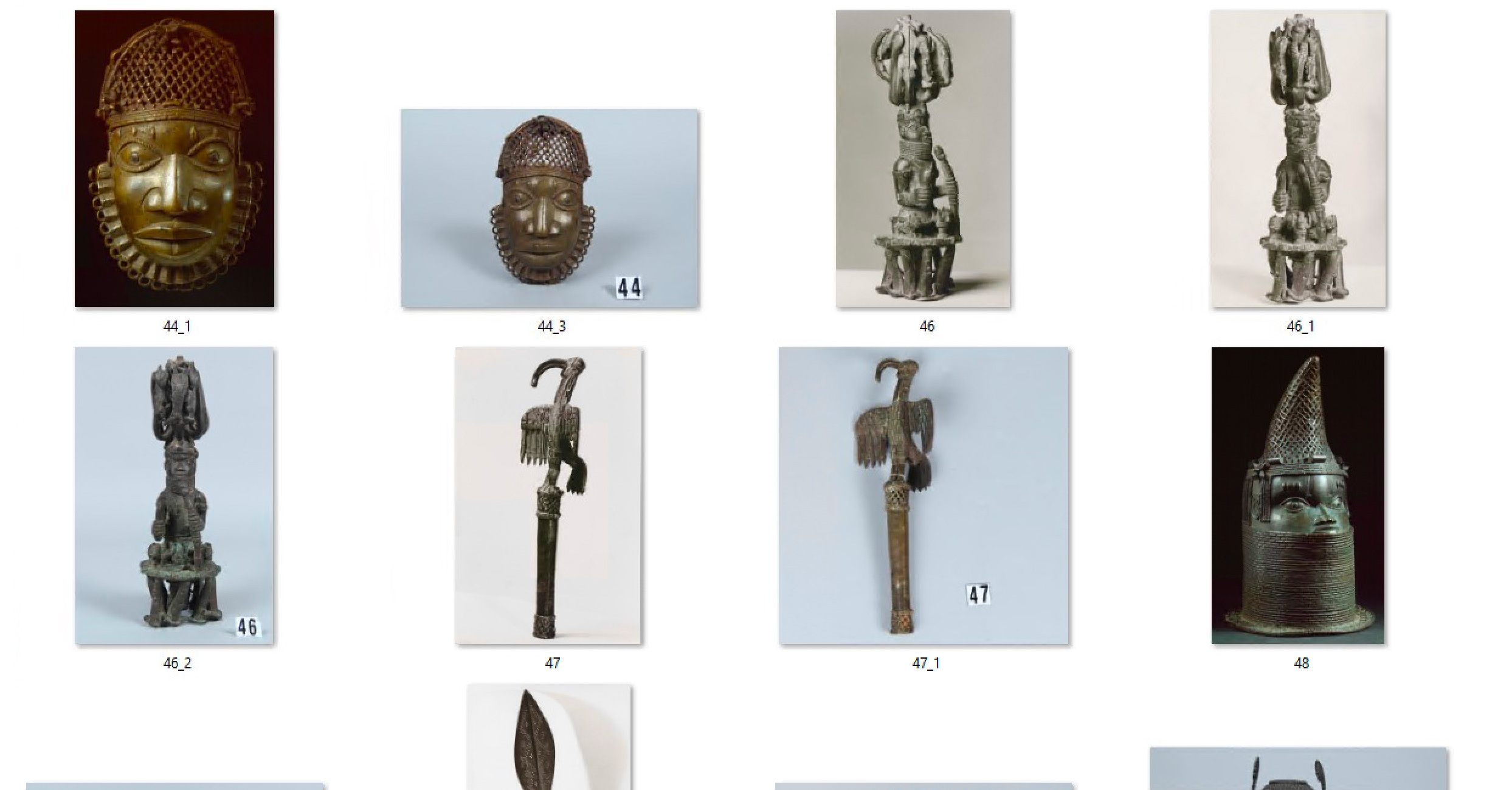 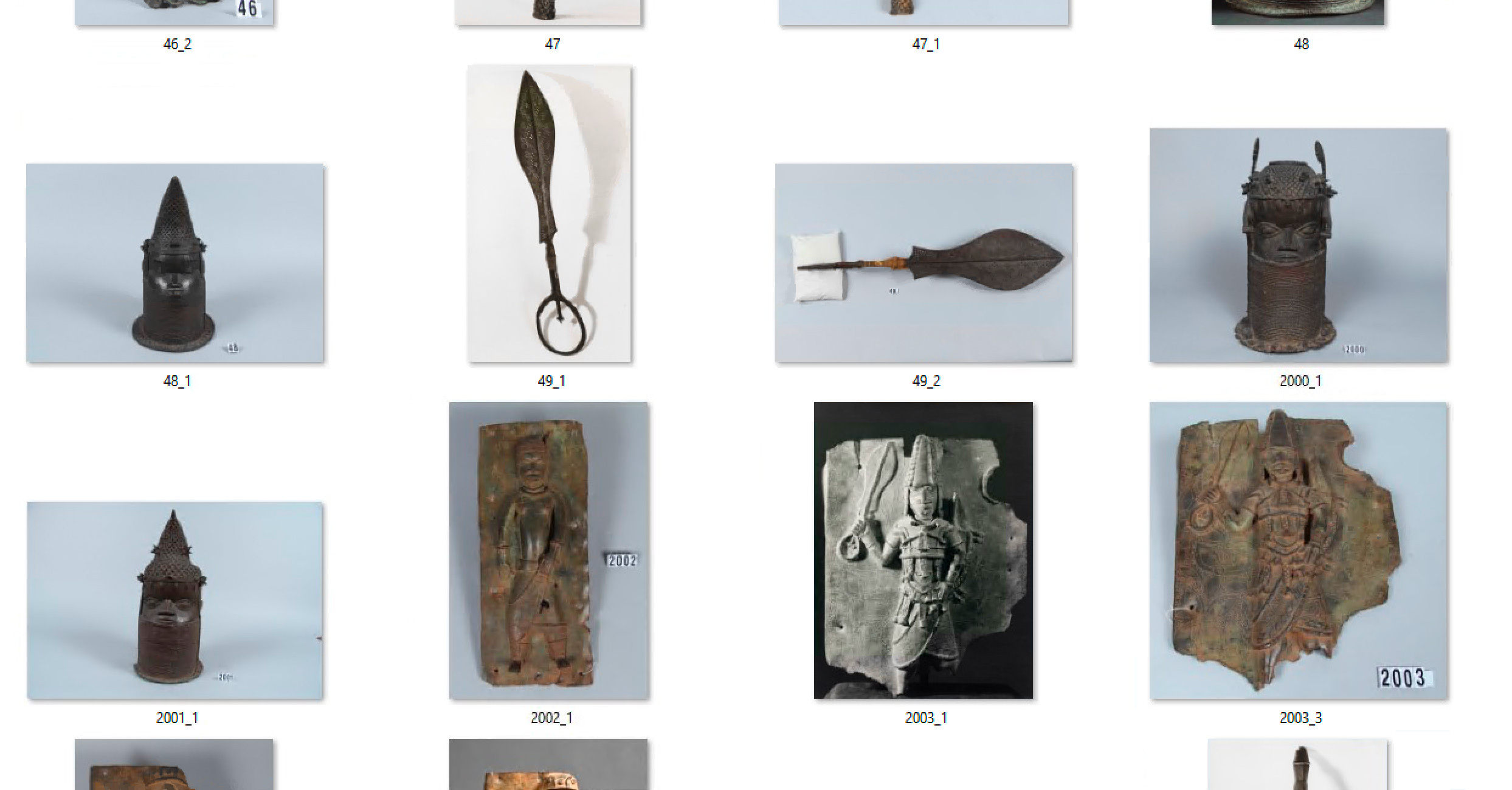 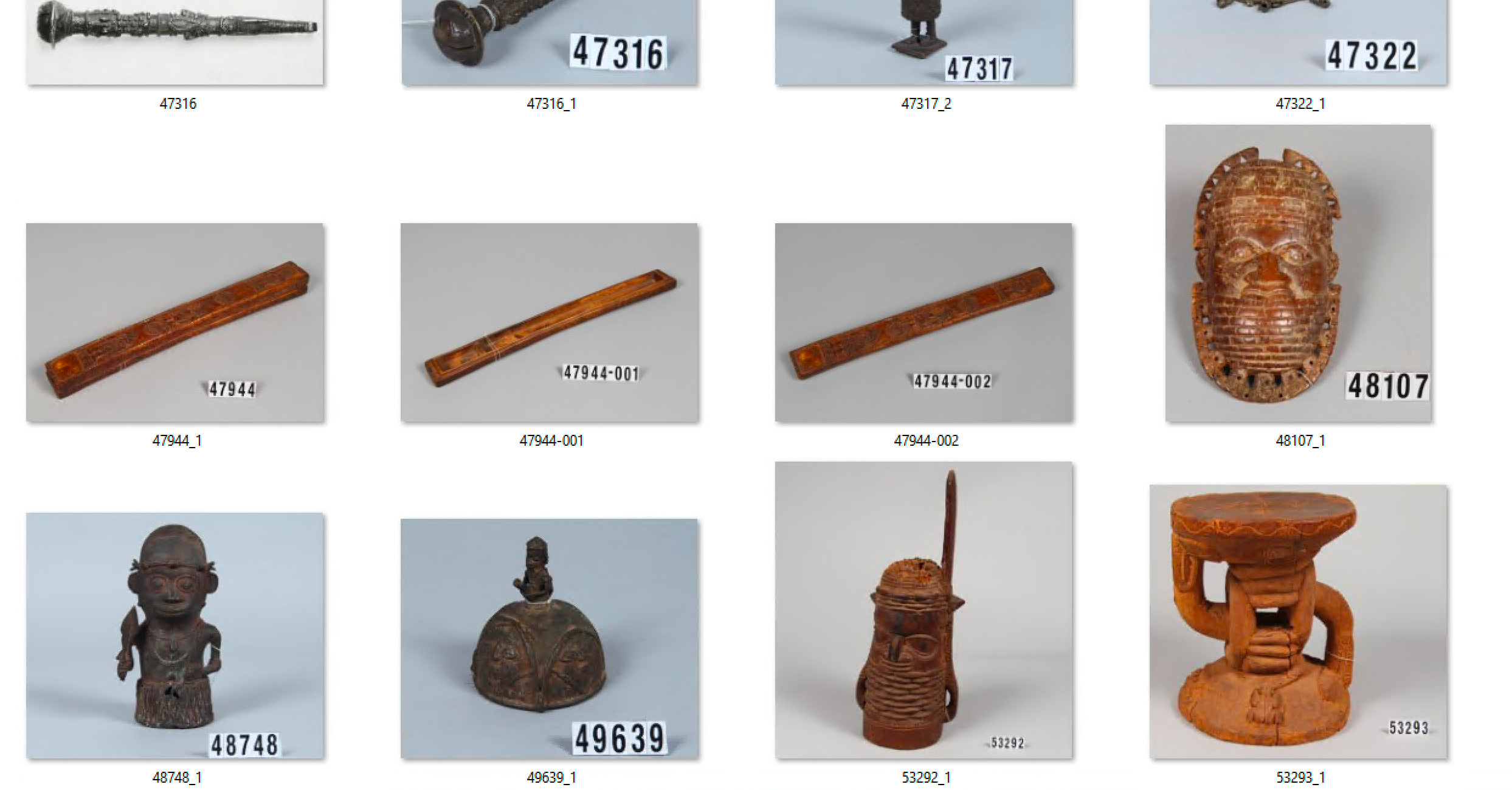 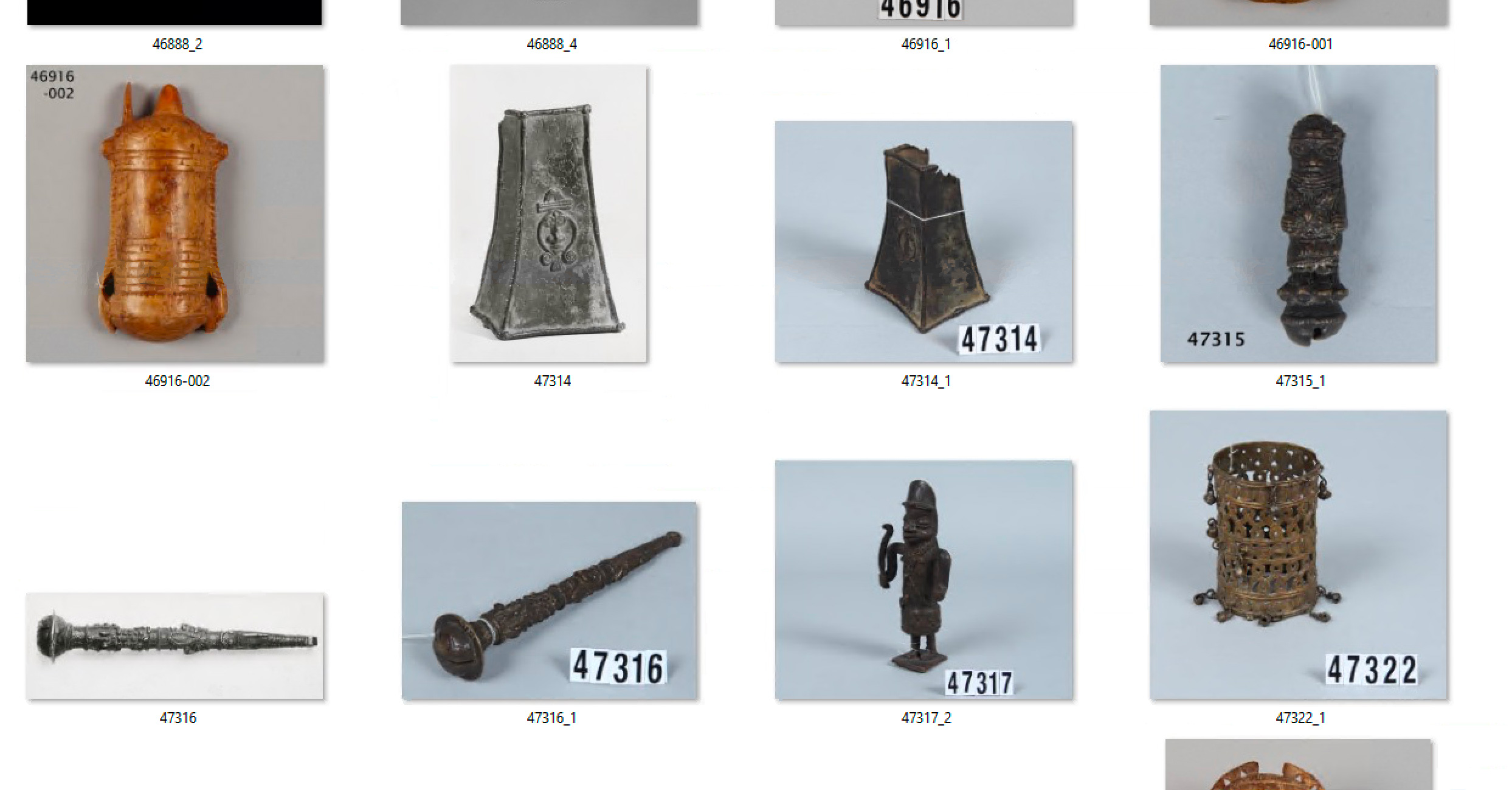 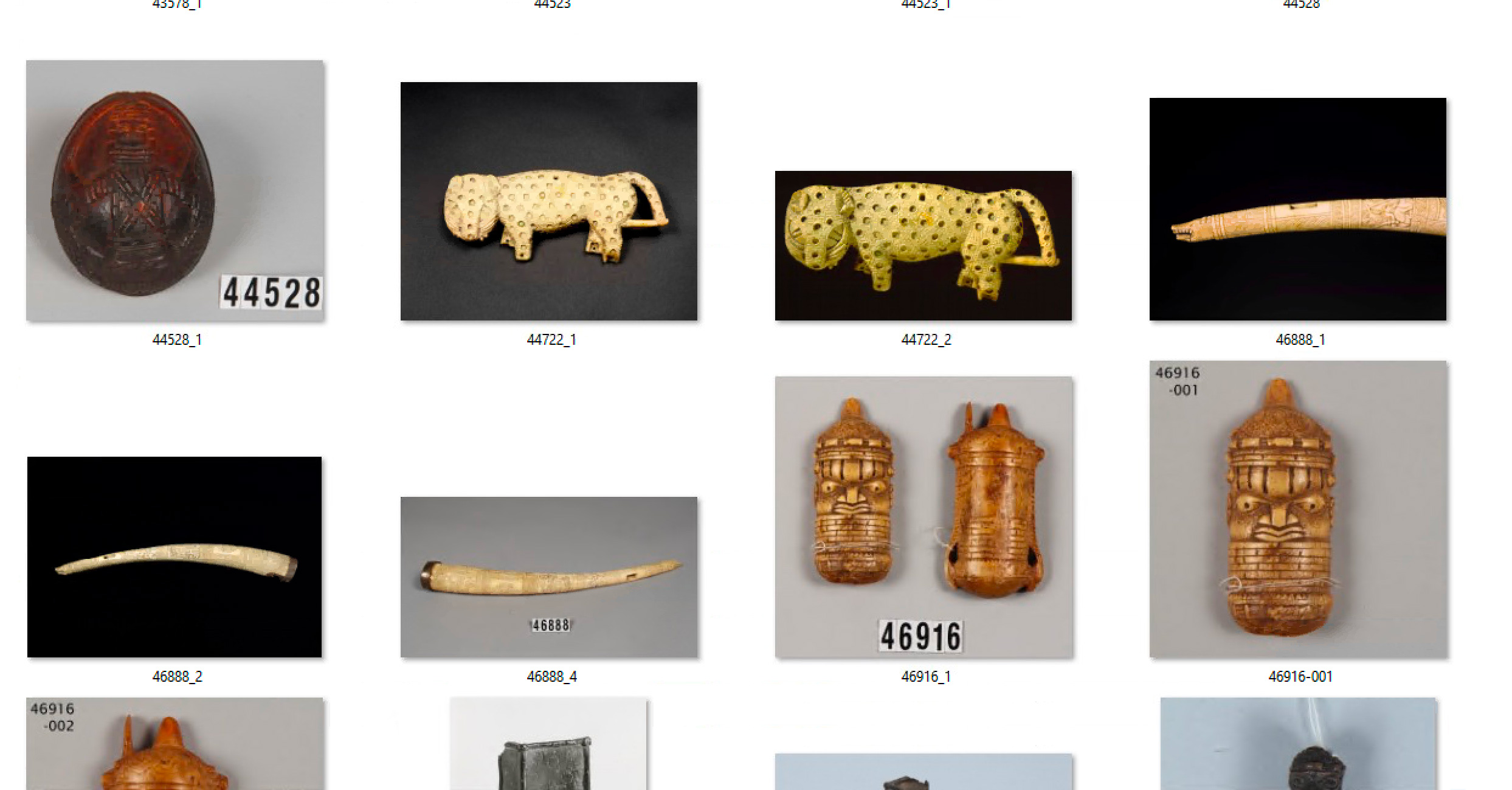 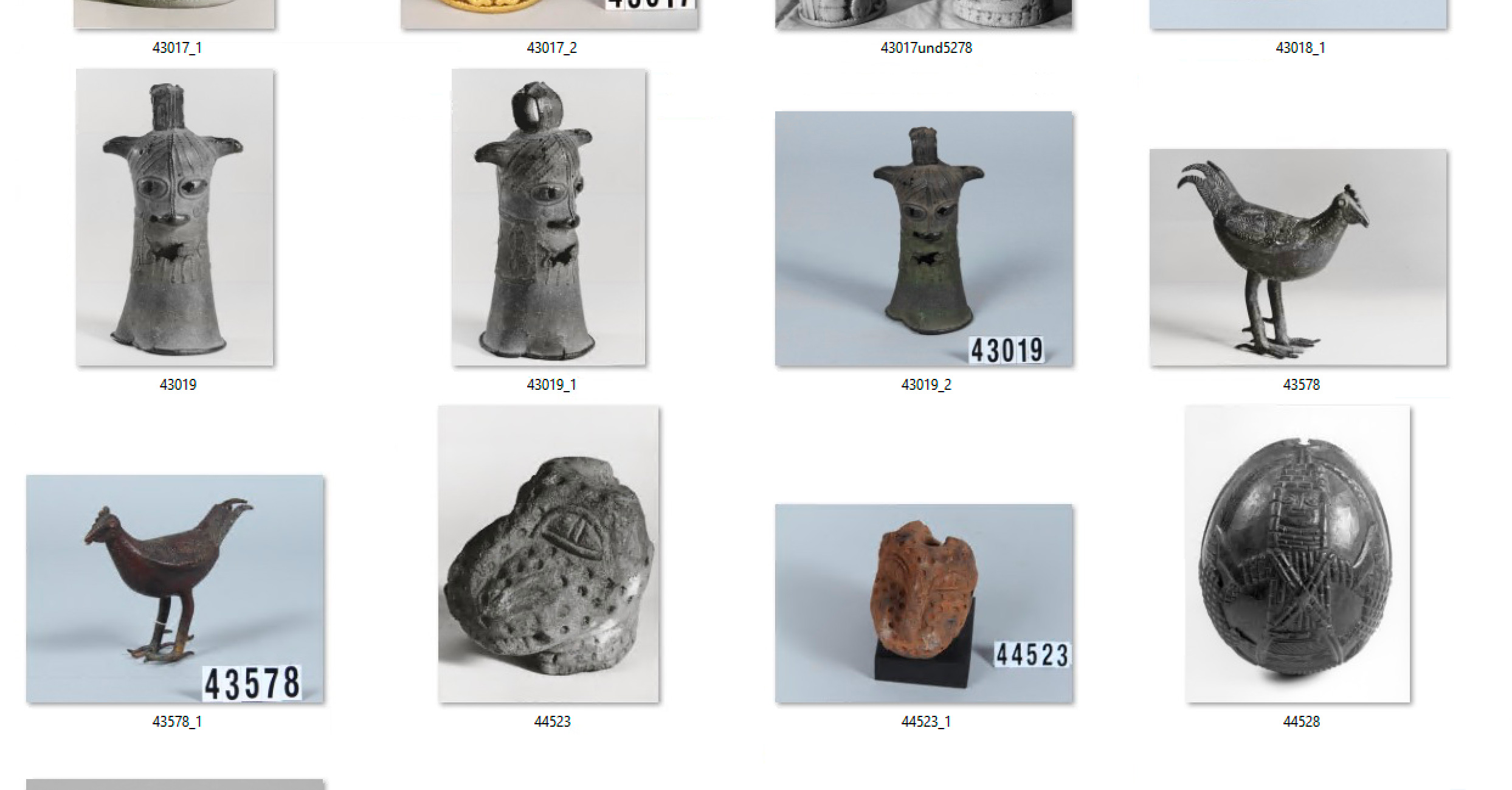 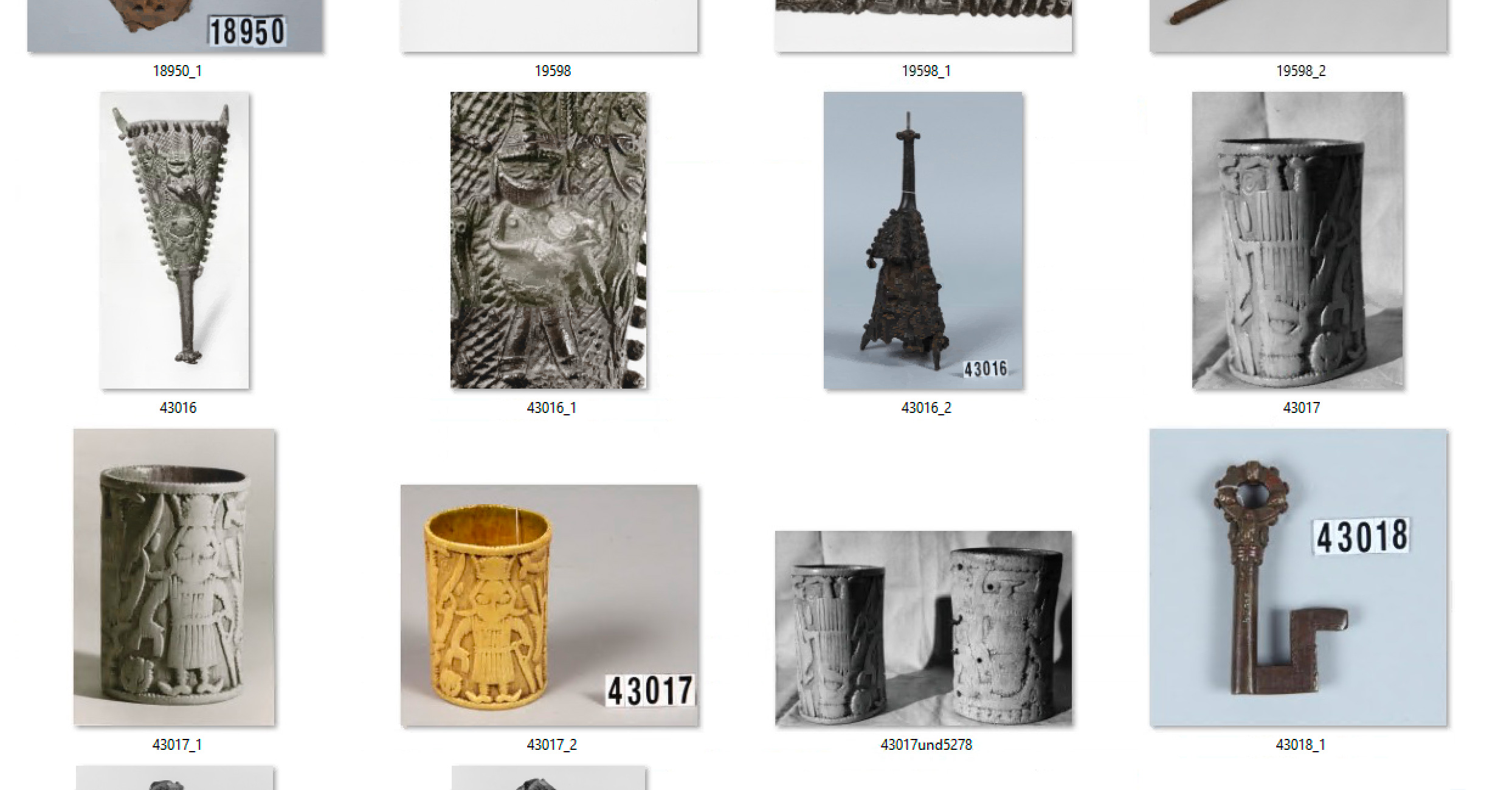 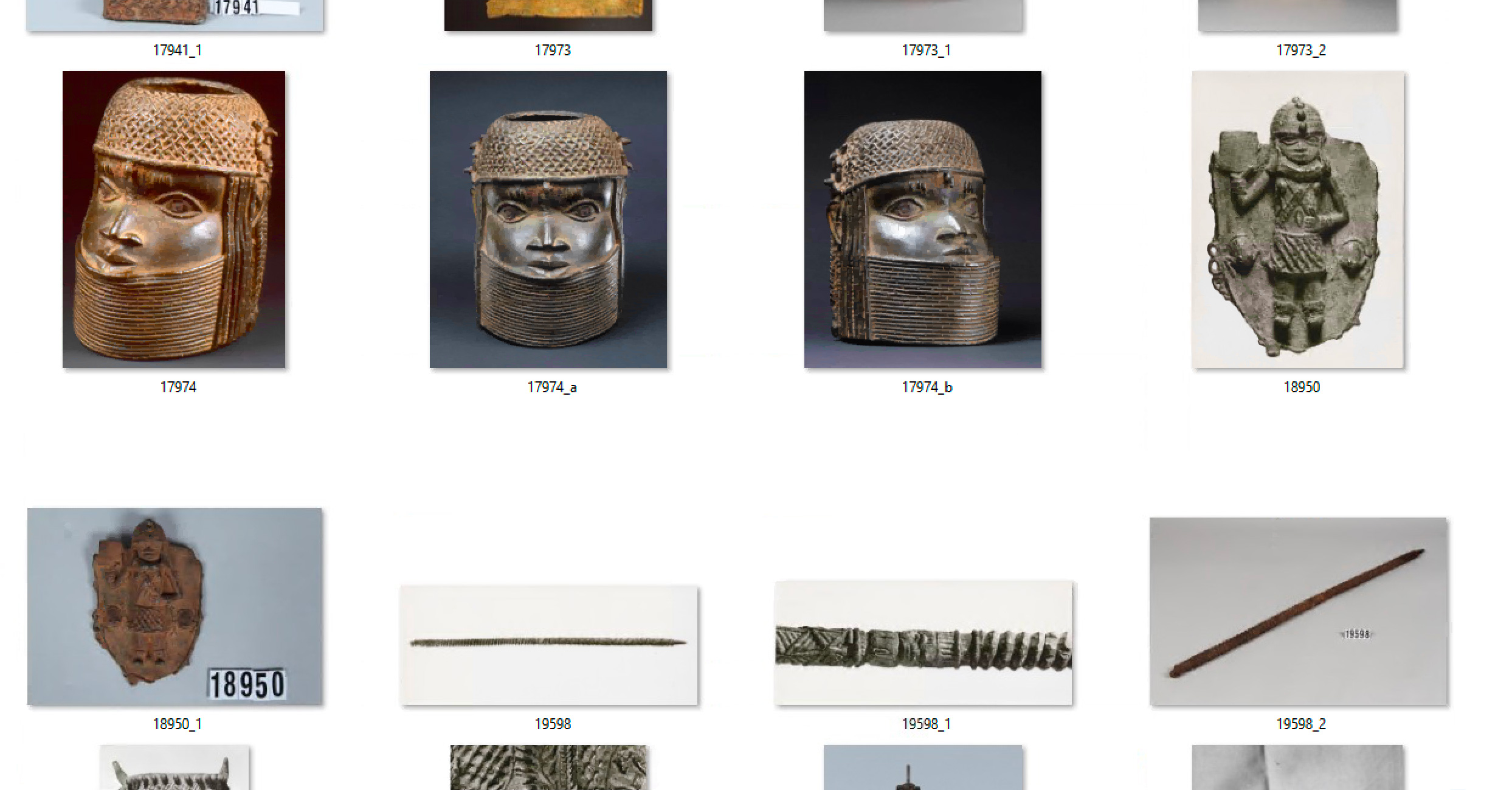 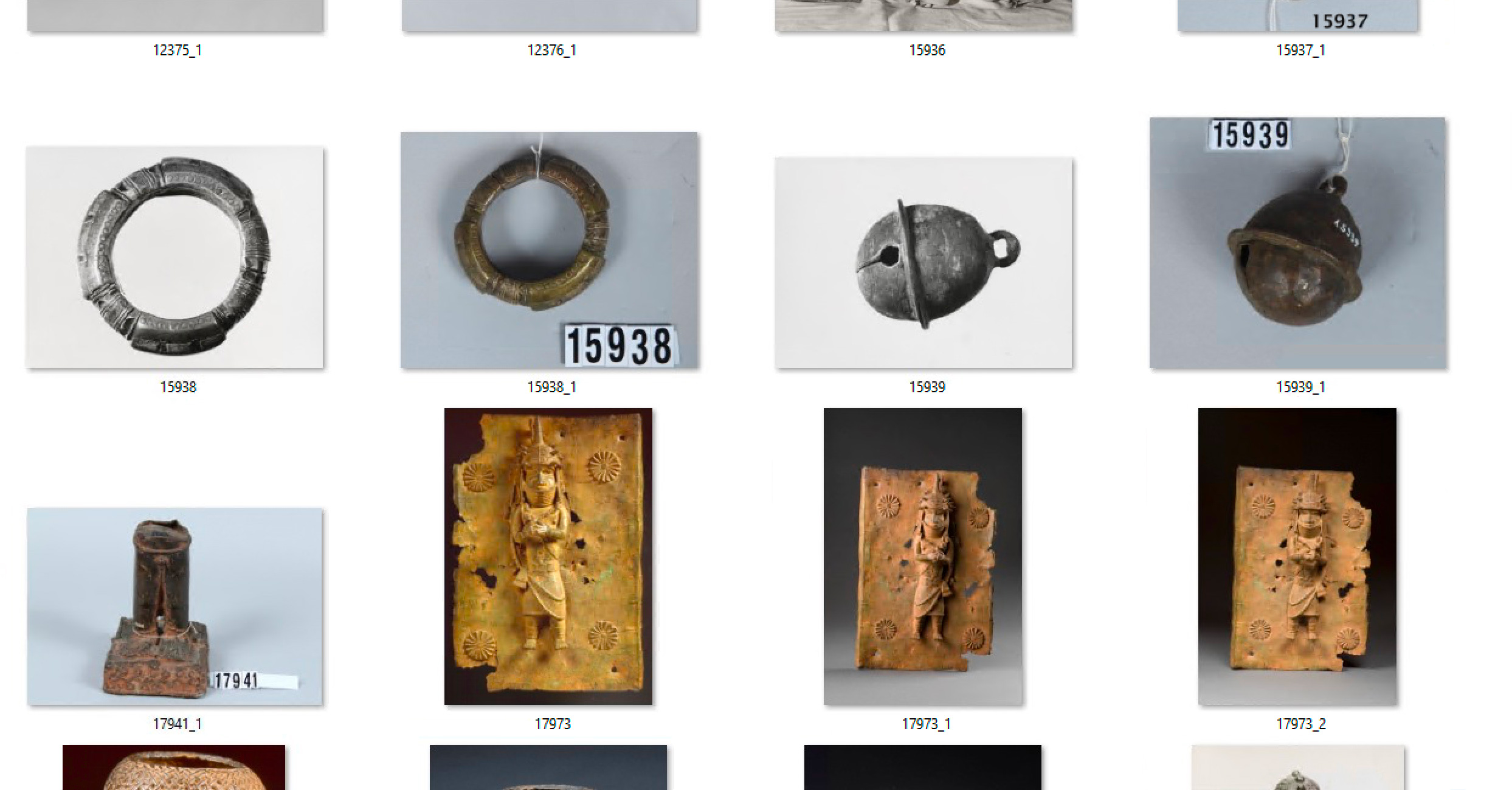 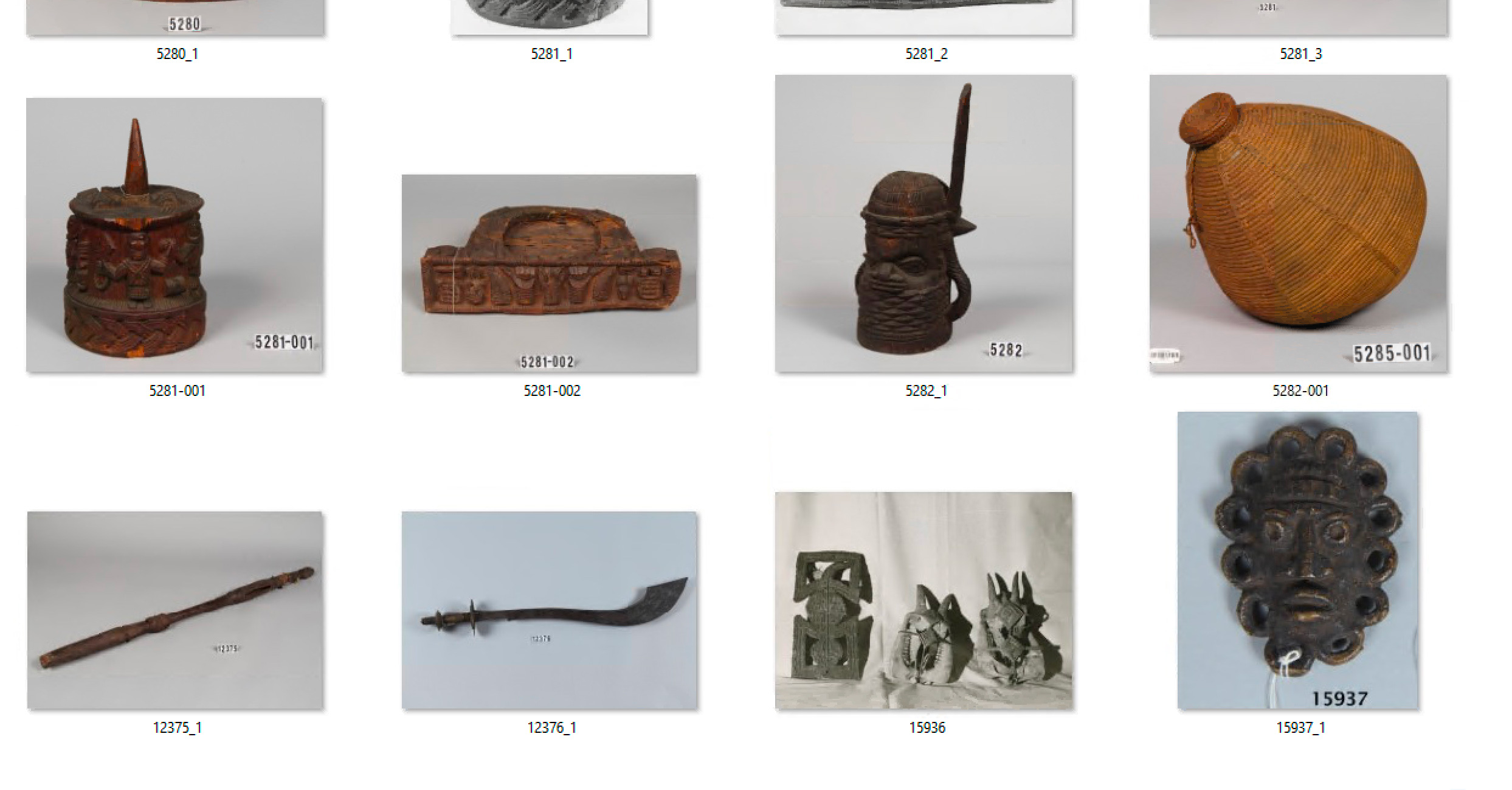 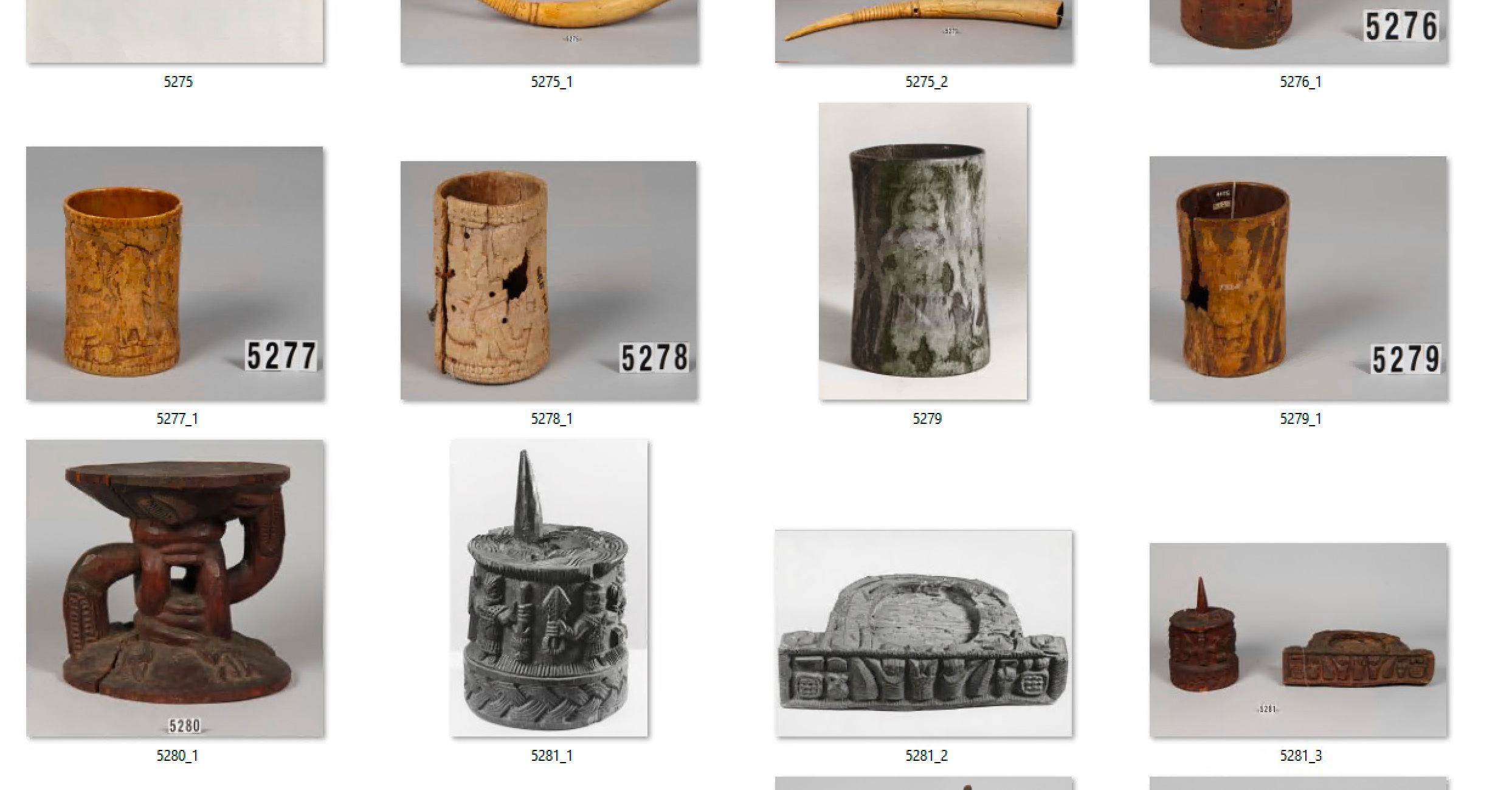 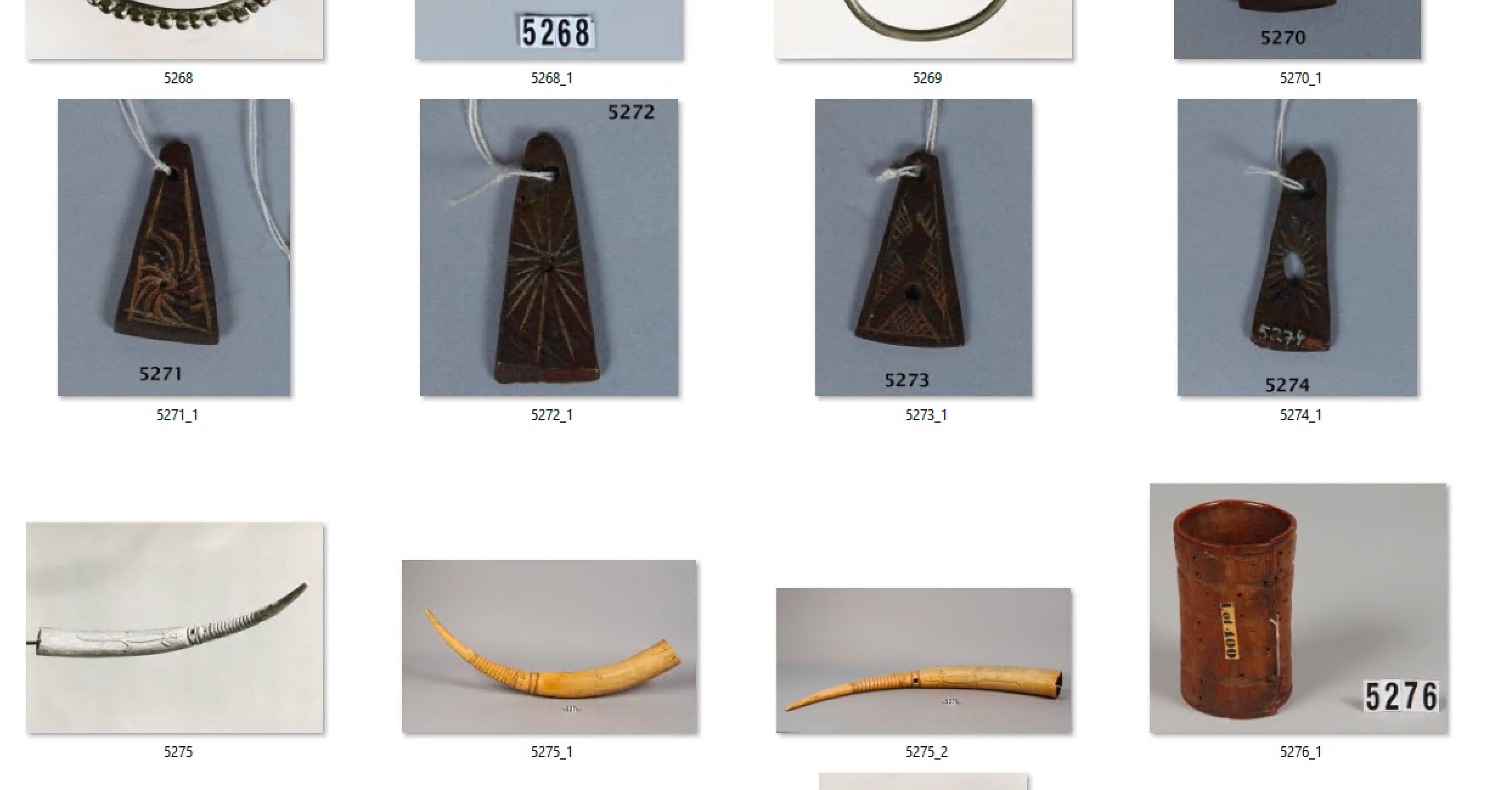 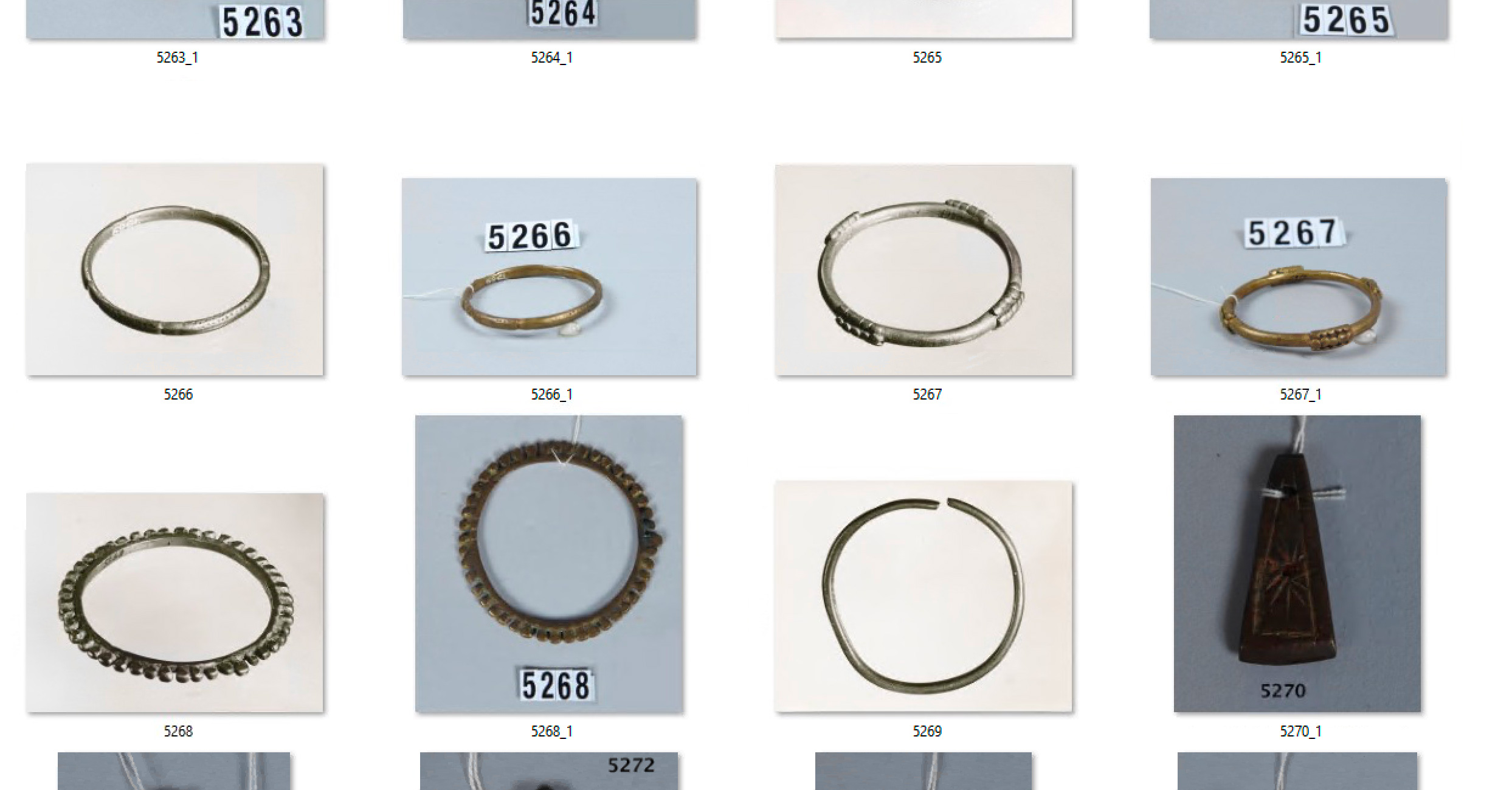 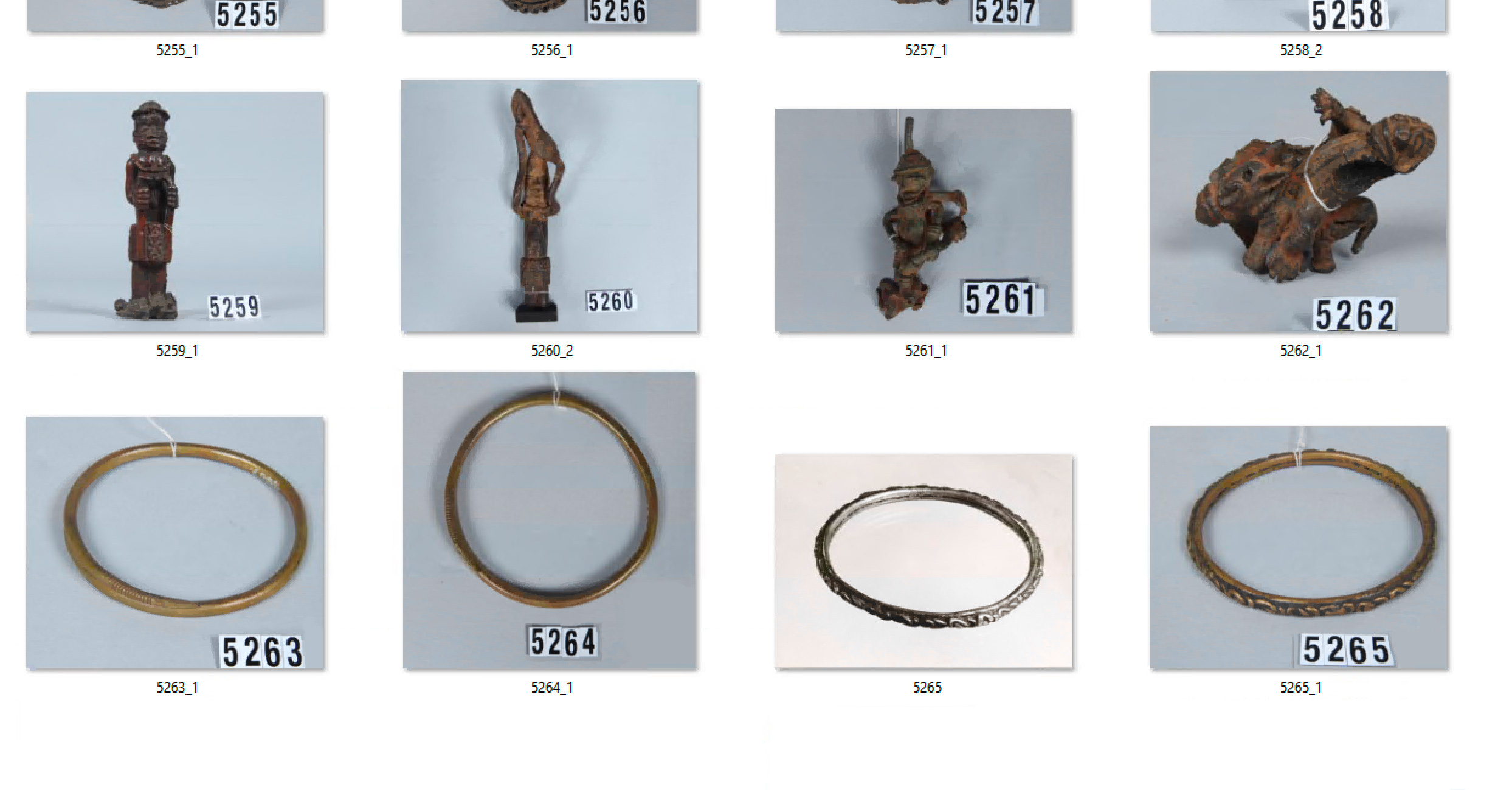 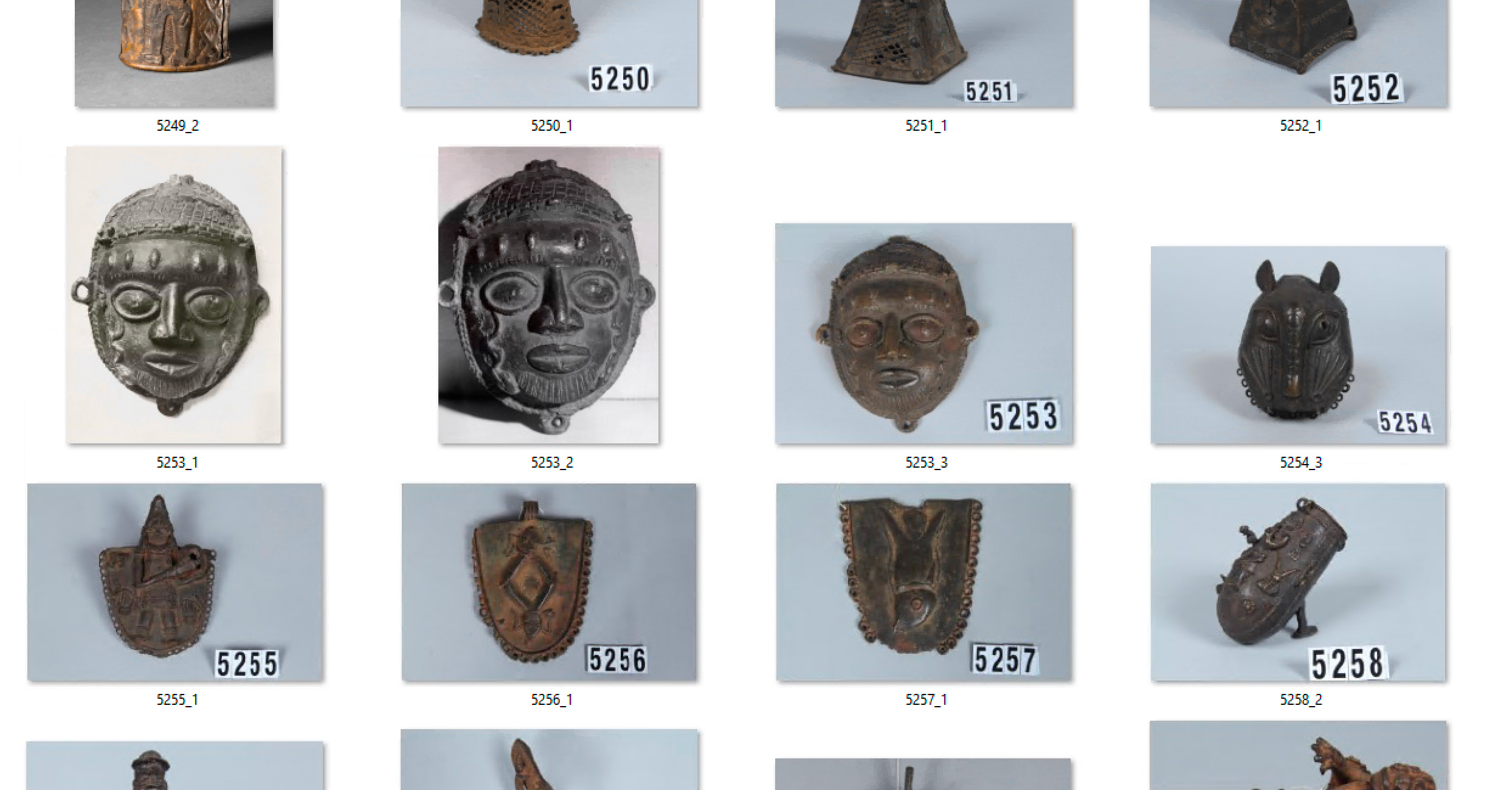 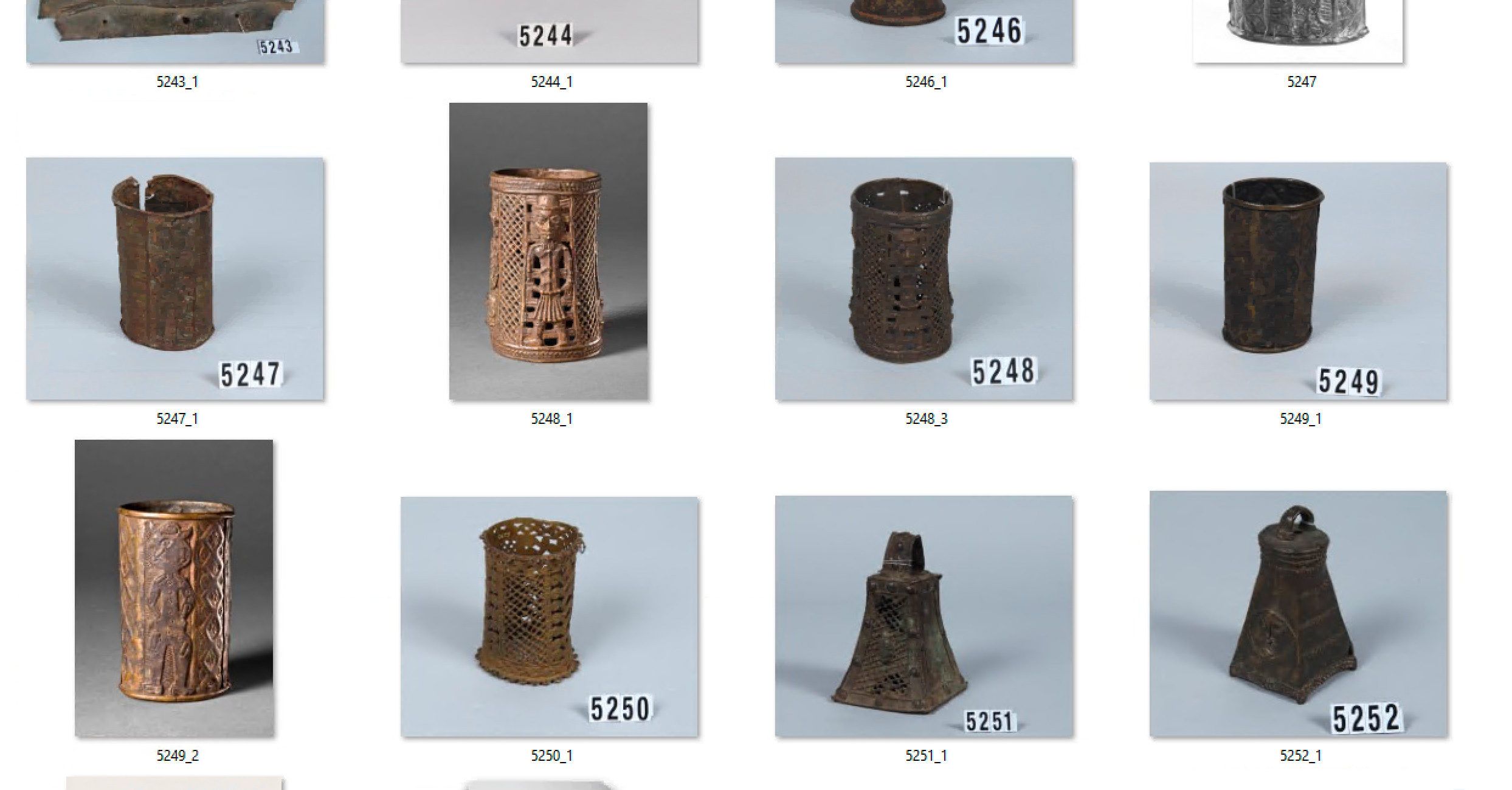 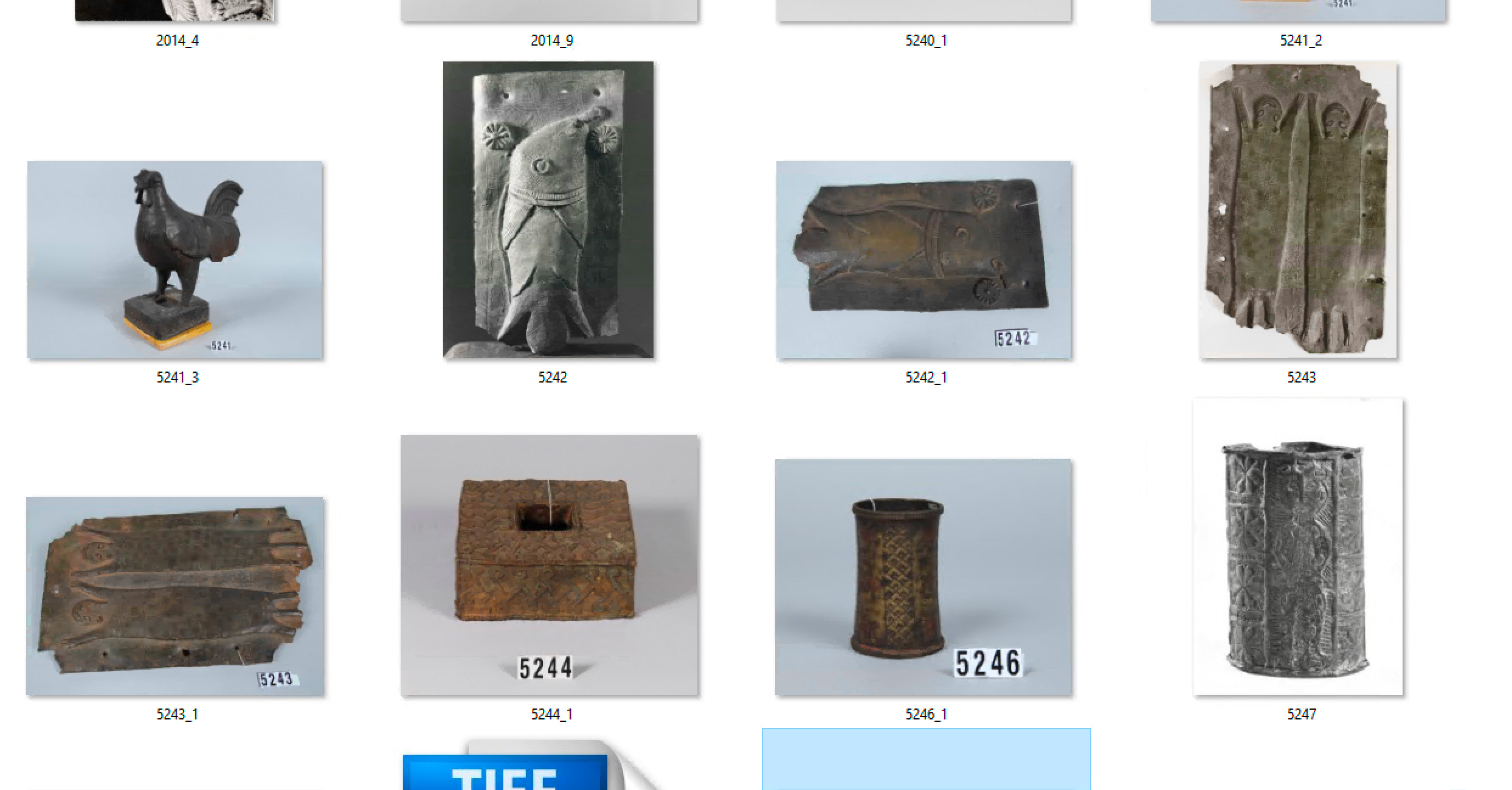 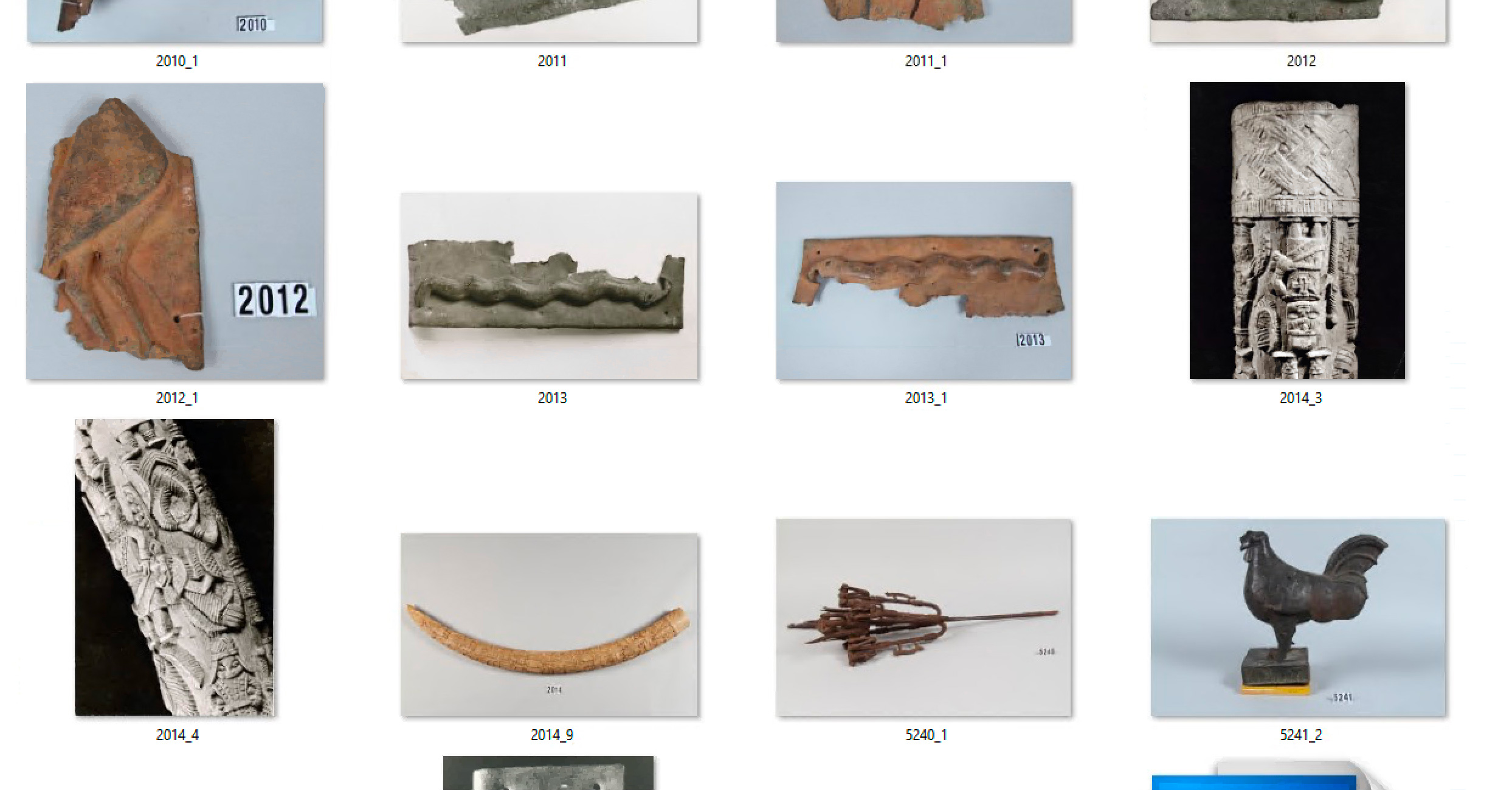 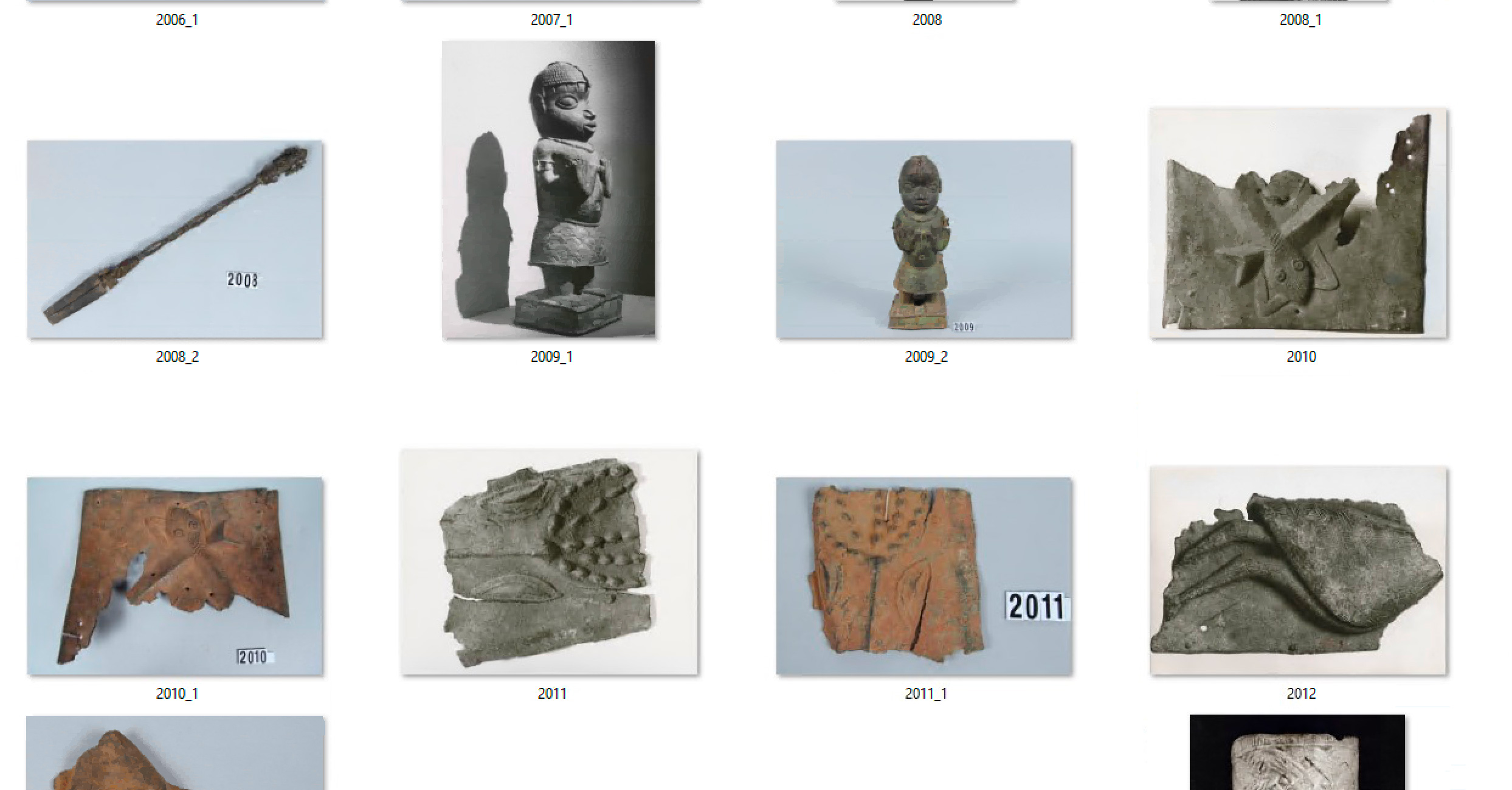 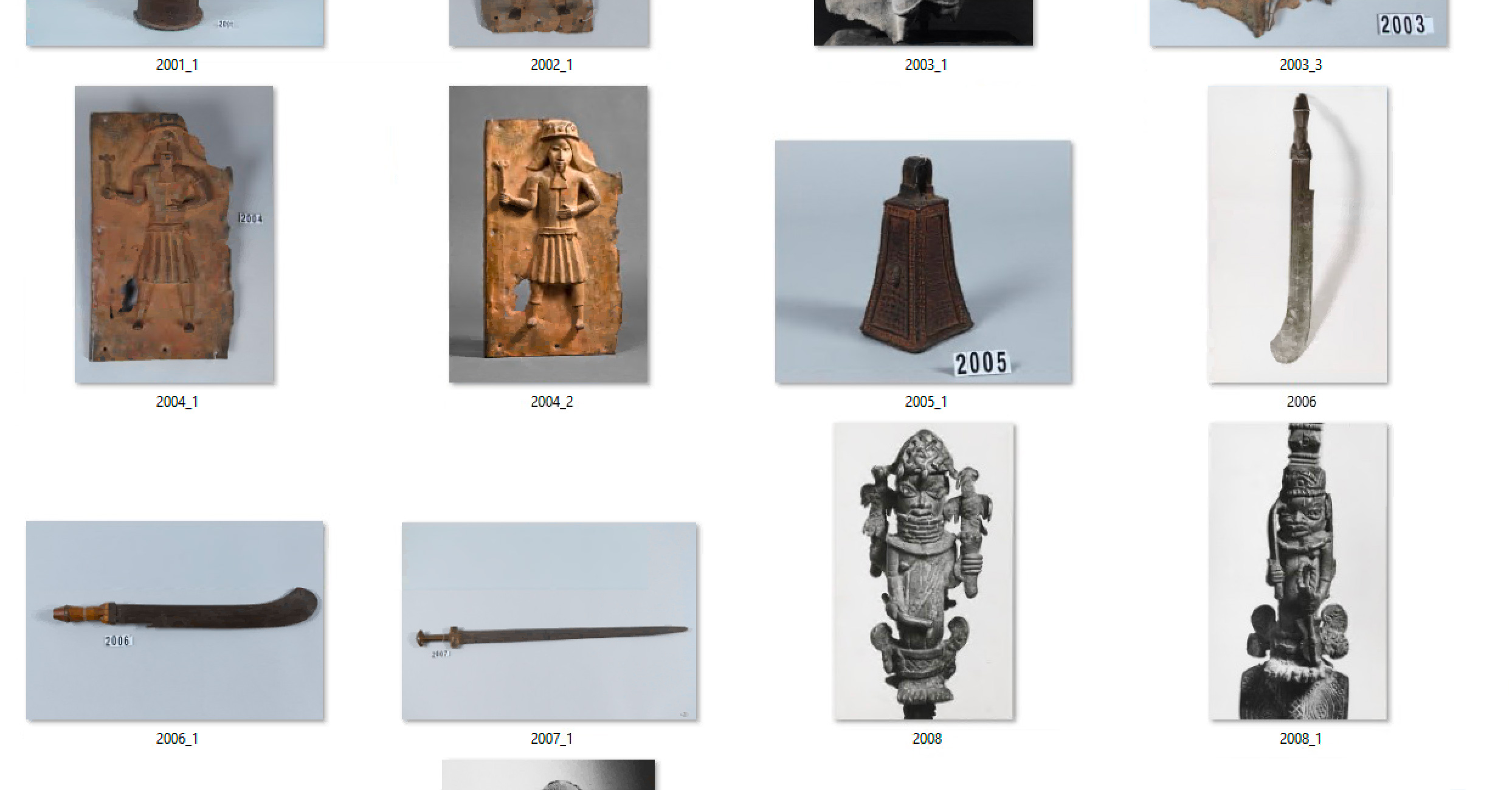 The RJM collection of royal court artworks from the Kingdom of Benin (Edo State, Nigeria)

The Rautenstrauch-Joest Museum houses a collection of 94 royal artworks from the Kingdom of Benin, now Edo State in Nigeria. The museum received these works of art between 1899 and 1967 as part of 15 donations and purchases. It is considered certain that these 94 Benin court artworks were looted from the palace of the Oba of Benin by the British Army in February 1897. In total, an estimated 3,000 to 5,000 court artworks were looted at that time and subsequently dispersed to museums worldwide, including the Rautenstrauch-Joest Museum.

In the focus of the restitution debates

These bronze, ivory, and wood artworks, collectively known as “Benin Bronzes,” are now the focus of worldwide restitution debates. The RJM is facing up to its responsibility for this rightly highly controversial collection and has initiated several indexing and exhibition projects as well as cooperations in order to deal transparently with this context of injustice and to convey to visitors what the restitution debate is about.

As part of the current exhibition “RESIST! The Art of Resistance” (Jan. 26-July 11,21), Nigerian artist and art historian, Dr. Peju Layiwola, curates an autonomous space on the looted artworks of the Kingdom of Benin. She comments on the RJM’s Benin collection and brings her perspective within the restitution debate. For this space, she has also invited several Nigerian artists, some of whom have been working in Nigeria and in the diaspora for decades, to address the looting of the Benin bronzes in 1897.

The exhibition “The Shadows of Things#1” (Sept. 11, 20 – April 11, 21) focuses, among other things, on a piece of jewelry that belonged to a high-ranking war leader from the Kingdom of Benin and was looted from the royal palace by the British in 1897. Both its restitution and the void created by its theft are addressed. This is accompanied by interviews about the loss, conducted with different actors from Benin City.

Report: “Traces of History Connecting the Kingdom of Benin with the Rautenstrauch-Joest-Museum in Cologne“

In 2020, ethnologist Franziska Bedorf prepared an initial overview of the provenances of the Benin Imperial Artworks Collection for the museum: when and how did the individual objects come into the collection, from whom were they acquired or donated?

In 2021, Birgit Depenbrock, restorer of inorganic materials at the RJM, will further study the Benin Collection.

Since late 2019, the RJM has been a member of the Benin Dialogue Group, an initiative that has been in place since 2010 in which museums from Germany, the United Kingdom, the Netherlands, Austria, and Sweden, all of which preserve collections of Benin royal court artworks, collaborate with Nigerian partners, including representatives of the Royal Court of Benin. A central goal of the Benin Dialogue Group is to facilitate a permanent exhibition of Benin royal court artworks from European museums in Nigeria. A new museum in Benin City, the Edo Museum of West African Art by architect David Adjaye, is planned for 2025.